The third meeting of the CAP project! 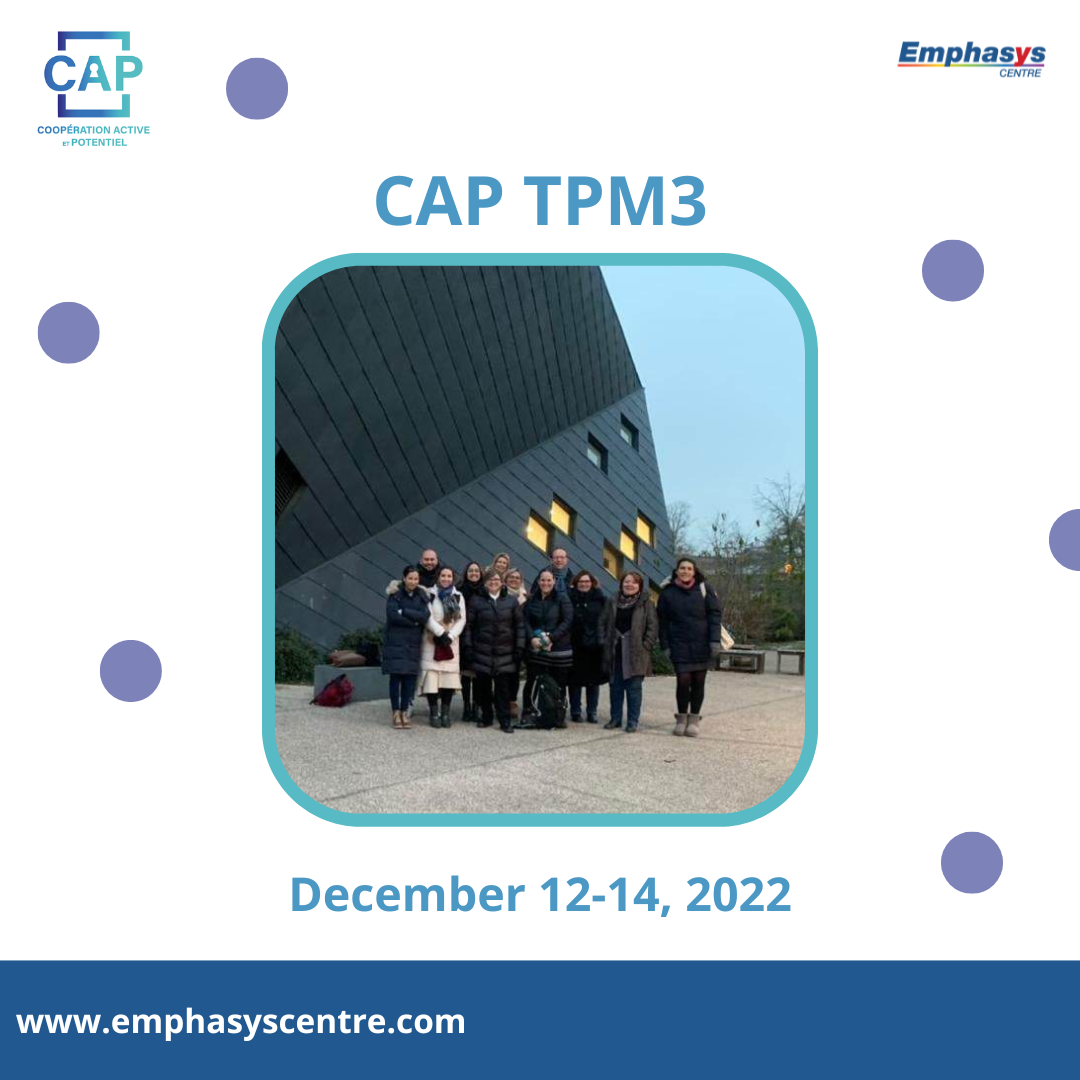 The third project meeting of the CAP project has finished!

The Erasmus+ KA2 project called CAP: Coopération Active et Potentiel / Active and Potential Cooperation aims to empower young people with fewer opportunities with the necessary skills in order to be able to develop their own youth initiatives, become active citizens in society, and help their community. This project was written and approved in French.

From the 12th until the 14th of December 2022, Emphasys Centre participated in the third transnational project meeting of the CAP project in Mulhouse, France. Partners have discussed what has been done until now and then decided how they should proceed with the following tasks and deadlines. In fact, they mainly brainstormed on the content and structure of the escape game and the guides to be developed. After discussing the project’s dissemination and quality plans, they established their upcoming online and face-to-face meetings.

We would like to thank our coordinator and the host of this meeting, Centre Socio Culturel Jean Wagner (France) as well as the rest of the partners, Conseil québécois de la coopération et de la mutualité (Canada), WIDE (Luxembourg), ATERMON (the Netherlands), and Régie des Quartiers Comines-Warneton (Belgium), for this fruitful meeting!
Share Tweet Share Pin